Excellent relationship QUALITY vs. PRICE: unbeatable budgets  We are EXPERTS in any type of building REFURBISHMENT:

Our experience of more than 20 years and hundred of satisfied customers support us.

Free gift after accepting any of our quotations for a renovation: 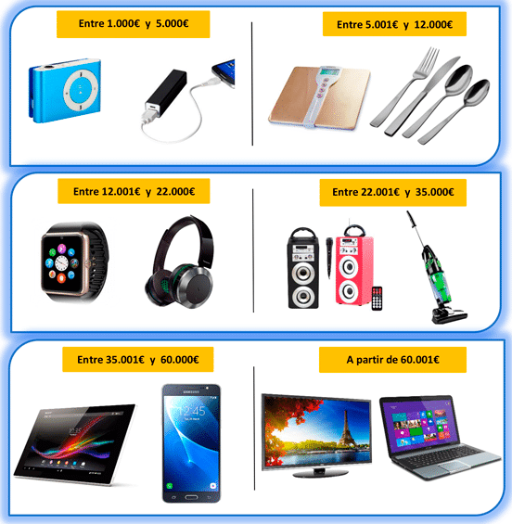 Renovation company and other services

Why to do a complete renovation?  Is not so easy to sell the flat or premises, so you have to remove the profitability somehow we have to either welfare reform or enjoy it while it is possible to rent it or sell the.

All these situations are now, in many cases a good solution: a comprehensive reform. It will not be new, but it may seem enough.

There are times to invest a lot of money, however, can address a comprehensive reform of housing cheaper without sacrificing quality; reform that allows you to live comfortably back in his flat face without great expense, and above all, to apply sunless • bins dreaded (and almost always denied) mortgage.

Reforms in Barcelona Low Cost put at your disposal our team because the result is the best for you and your pocket. We care about the details and we adapt to your taste and style to meet all your needs

On our website you can see some of our reforms, as well as all the services we offer,. Feel free to tell us questions and ideas, we’ll take care of the rest.

When someone housing reform, one of the first rooms that thinks cooking is arises. And it is normal. The kitchen is one of those places in the house where we spent much of our time: If the kitchen is large can have breakfast lunch and dinner. And others is one of the rooms that revalued the price of a home.

So what aspects would be important to consider in reforming our kitchen?
First, the situation of each of the elements, especially in relation to natural light. Prioritizing the places where we spend more time.

We will also consider the columns and beams that make up the kitchen, so you know if possibly shoot or build new walls.

The electrical installation must be well designed and to be tailored to the work areas, the distribution of appliances and have a good supply of plugs.

Moreover, if the kitchen has a few years it is always advisable in some cases almost imperative, all plumbing renew it. Do not save in this respect, because it makes no sense. The plumbing is not an expensive job, the old facilities do not have the quality of current and would be a real shame your beautiful new kitchen had to suffer plumbing repairs that could damage the new tiling.

Dressing floors, walls and ceilings of the kitchen:

It is a good option to place tiles or other resistant and easy to clean the walls of the work area materials, considering that the kitchen is a place that requires constant cleaning.

The colors you choose depend very much on taste but it is important to consider the following: if your kitchen is not big or bright must choose very light colors, because otherwise you could get to be a bit claustrophobic. Dark colors also require a more powerful lighting since not reflect light.

One item that can help you gain some space in the kitchen is the placement of sliding doors, which can be external or intra-partition.

On the roof is very common place for inserting false ceilings or downlights for halogen lighting, and hide other facilities, and can be plasterboard or metal profiles.

The items to be placed in the kitchen:

It is not always easy to locate in our new kitchen all the elements we had planned, or placed so that its use is comfortable. A very important aspect to take into account in deciding how to reform a kitchen is the location and opening appliances for use does not adversely affect the crossing sites.

For example, the intersection area opening refrigerator doors and entrance doors to the kitchen or the clothesline is the typical problem that often remains unresolved. However, especially if you have multiple users concurrently kitchen, an attempt to interfere as little as possible that their use will be constant.

The bathroom is an intimate corner where you should feel good at home. It is therefore one of the places where reform is appreciated.

Sometimes reform bathroom is done for aesthetic reasons or convenience, and there are other times that are initiated by other causes. For example, if the pipes in the bathroom are old and they scared you in the past (leaks, moisture), do not hesitate, the problem will be over, it is time to change the plumbing in the bathroom. The old pipes were made of lead, disused materials for environmental issues and fortheir lower resistance, and when his poor outcrops are continuous headache.

And if you have to touch walls is a good time to address the reform of the bathroom.

Common elements of the bathroom:

The first element to be taken into account in the reform is the bathroom door. It leads into the room, Itrequires its own space for handling, and set the angle that lets you see certain elements and hide others from outside (for example, it is more pleasing to the eye from the outside a furniture that a toilet). Furthermore, the placement of other elements of the bathroom should note on the door and the necessary space to open and close it, so that our use of the bathroom does not become a nuisance.

In addition we must consider windows and asymmetries and outgoing in the structure of the room and see how they can affect the placement of the different elements (partitions, furniture, etc …)

It is important to place the toilet as close as possible to the downcomer, as it will save a lot of trouble keep our toilet drain poorly. Since the drain of the toilet should have a minimum slope to reach the downspout and access it as directly as possible, avoid elbows or changes of direction in your drain pipe. You can always choose to raise the ground level to place the toilet, but it is an option that often detract from the aesthetics.

The bidet is an element that can be decided without in case of lack of space. It depends on how much use him think may be a wise decision. Keep in mind that not only takes the place where you are located, but requires a space around for use.
The tub is an element increasingly obsolete. Unless you’re a big fan of relaxing bath or you have kids at home, or if you have little space in your bathroom, you would typically opt for the shower, which also often means substantial savings in consumption water (although that depends on the water consumption habits of hygiene).

Regarding the placement of the shower, it should be noted first that should have at least one free surface feet to maneuver when we enter or get out of the shower. Typically, for use of space, is to set using two or three walls. The shower can be both acquired and built work. The latter is much more decorative and cozy, but also increases the cost by requiring a construction jobs and higher waterproofing.

The screen can be of different materials, and the more expensive more durable and decorative custom (in the world of the reforms this is not always true, but this is not the case). The opening of the doors of the screen can be for sliding or hinged doors, and the doors can be located on the side or just at the top of both sides. This should be decided based on the distribution of space in our bathroom.

The sink is an element that is usually decided more quickly than it should, on the reforms on a budget. When you want to make a cheap bathroom reform usually choose standard one save. And it’s not a bad choice, since the end of the ‘only’ used to wash hands.

Well, to wash their hands, brush our teeth, comb our hair, shave, look in the mirror, and especially place multiple gadgets and potions while performing these tasks. The basin occupies a space, below which is a gap that is not exploited. It is ideal to place a washbasin furniture with drawers and shelves, to collect all these potions and appliances instead. Few cheap reforms miss the bathroom cabinet, just after getting over our gleaming tiled and occupying a space on the wall when we wasted space under the sink. So a tip: the smaller your most you’ll need a place to store some things bathroom, and what better than a new piece of furniture that does not take up space?

Keep in mind also the radiator, which occupies a space often scarce. If you want to ‘kill two birds with one stone you can place a towel to do the functions of a high radiator in unused space on the wall, for example on toilet or bidet, close to the shower. This will allow you to repurpose the site formerly occupied by the radiator.

Think about where to place switches and sockets, bearing in mind that they should keep a distance from the water outlets of about one meter, for security reasons.

The soils, it is advisable to use earthenware or other moisture resistant materials on floors and walls, if you want materials that will not spoil relatively quickly with toileting. You can find quality materials from 10 € / m2 if you look hard enough. Book only paint for ceilings and places where there is no direct contact with water.

As for the soil, as is the usual and friendly laminate flooring throughout the interior floors except kitchens and in which the most common material is stoneware.